Two major incidents in China have grabbed international headlines recently. First are the workers protests, occupations and strikes against the privatization that took place in Jilin and Anyang. Second, are the inter-ethnic rebellions in the Xinjiang Autonomous region, also known by some as East Turkestan. The authoritarian measures taken by the Chinese state further fanned the discontent and violence. That both of these actions have been sparked off by incidents taking place in factories, initiated by workers, is worth noting. It raises some questions to be asked about the challenges that lie ahead of building a working class movement in China.

In an effort to increase profitability, the Chinese state has started to privatize and sell off many state-owned enterprises, and its impact on workers is glaring.The guarantee of jobs and benefits to state employees had, for many years, prevented the state from realizing its maximum profitability. As global consumption and demand for Chinese products have declined with the recession, the drags of paying out benefits and protecting jobs have only been exacerbated. Thus, more and more state-owned enterprises have fallen into the ownership of private companies. Concretely, privatization has led to massive firings of long-time workers, while those remaining have experienced increased workloads, work speed-ups, decreased wages, and the elimination of benefits. For those reasons, China has seen a rapid increase of working class resistance against privatization.

On July 24, 2009, some 30,000 workers and retired employees at the state-owned enterprise of Tonghua Steel as well as their families staged a massive strike to protest against the decision of the provincial government of Jilin to sell Tonghua Steel to the private firm Jianlong Steel Group. The owner of Jianlong Steel, Zhang Zhixiang, has been acquiring large and medium-sized state-owned enterprises at low prices and then expanding and developing them. In the process, he has been amassing incredible wealth (his own personal wealth estimated to be over 20 billion RMB), soaring to become the country’s tenth richest man. Tonghua Steel was for a time, managed by Jianlong in 2005 but later resold in March 2009 following successful worker demonstrations and unprofitability. During Jianlong’s ownership (and in contrast to Zhang Zhixiang’s personal wealth), experienced workers with more than 20 or 30 years of work saw their monthly salary decrease to around 300 RMB, whereas new management was constantly hired from the outside and awarded with high salaries. The CEO of Jianlong, Chen Guojong, had an annual income over 3 million RMB. Thus, when in June 2009 Tonghua Steel began yielding profits again (specifically 60 million RMB in revenue that month), Jianlong began talks to reacquire Tonghua Steel. It is in this context that the massive turnout to the July 24th strike must be understood. By the afternoon, workers had violently clashed with armed police and fought with managers, ultimately capturing the CEO Chen Guojong and beating him to his death. By 10:00pm, the 30,000 strong contingent of workers had occupied the factory zones and refused to retreat. Because of this immense pressure, the local government, which had given Jianlong the consent to reacquire Tonghua in the first place, reneged on this consent and declared through the media that Jianlong had decided to quit from Tonghua Steel.

On the same day, July 24, 2009, the 30-year-old state-owned enterprise in Anyang (Henan province), Linzhou Steel Corporation (LSC), was sold to a private firm. Following the takeover, massive layoffs ensued, with workers getting only 1,090 yuan ($159.50) for each year of service they had put in. By mid-August, thousands of workers and recently fired employees stormed the streets to protest the takeover. By the fifth day of the protest, August 14, workers captured a government negotiator and held him hostage for 90 hours, forcing the provincial government of Henan to intervene and overturn the sale of LSC.

A few days later, on August 22, 2009, 5,000 workers at four coal mines in Hunan province, Central China, started to strike over a proposal by the local state mining entity, the Jinzhushan Mining Industry of Hunan Coal Group, to become privatized and listed on the stock market. In order to attract private patrons, the Hunan Coal Group waived from the contract the legally required compensation of one month’s pay for each year that workers put in. The striking workers, mindful of the two abovementioned protests, declared to the Hunan Coal Group, “We have not beaten anyone, we have not detained anyone, and we have not destroyed any company property. All we want is an answer.” The struggle in Hunan continues today, with the company forming a “mine protection brigade” to intimidate and attack strikers and the local government threatening to arrest the strikers.

Another attack on the workers mounted by the Chinese state, did not however, result in the same inspiring sense of unity that the steel workers sparked off. In recent years, China’s strategy to keep a downward pressure on wages and to ensure economic competitiveness has been to transfer ethnic minorities from the West to coastal regions in the East to work. Since 2002, a government-sanctioned rural migrant-worker program has shipped 100,000 people annually from the Xinjiang Uyghur Autonomous Region to the Eastern coastal regions of China to work in factories. Most of these migrants are single women who range in age from 16 to 25. In the first half of 2009 alone, over 96,000 people from southern Xinjiang alone, most of whom were Uyghurs, were transferred to Eastern factories as part of the program. Chinese government authorities have praised this program as a “major means of poverty reduction” for the people of Xinjiang, not a total lie when you consider the average income in Xinjiang is 540 yuan per month. On the other hand, any increase in income from working in coastal factories is more cursory than substantial, with the average being 850 yuan ($125). To add insult to injury, Chinese government official Huang Yu states that the transfer of ethnic minorities from Xinjiang to Han-dominated areas of China, and their interaction with Han Chinese, would make “them [minorities] more open-minded, which is definitely good for their personal development.”

This line of reasoning is hardly foreign to the ethnic minorities of Xinjiang. In 1956, Mao Zedong was calling on China’s youth to “open up” and develop the West. In one fell swoop, 200,000 soldiers came in and occupied Xinjiang. Fast forward four decades and we see the same colonialist mentality used to justify the wholesale displacement of Xinjiang ethnic minorities—this time permanently from their land—to work in the far away coastal regions.

Instead of Huang’s suggestion of a cross-cultural interaction that is “definitely good for their [minorities] personal development,” though, the reality has been an exacerbation of inter-ethnic conflict between the Xinjiang natives and the Han Chinese. For capitalists in the Chinese coastal regions, demand for migrants is at an all-time high because worker compensation is at an all-time low. As more migrants enter the coastal workforce, locals remain unemployed. Because of their longer service in the workforce, local workers, mostly Han Chinese, have come to expect relatively higher salaries and greater benefits, all of which translates into decreased profitability for factory owners.

For the capitalists, ethnic tension among workers is key to their continued functioning. Quite recently, on June 26, 2009, a brawl between Han and Uyghur workers occurred at a toy factory in Shaoguan, Guangdong Province. This sparked massive riots by Uyghurs in Urumqi, Xinjiang, that resulted in some 200 deaths. Most recently in September, some Uyghurs allegedly stabbed over 530 Han Chinese in Urumqi with syringe needles, the content in which are yet to be known. As long as racism translate into workers busily fighting each other, the capitalists remain safe from a unified working class intent on wresting control of the workplace from the managers.

Within a summer, we see the both cases of inspiring unity, and also the glaring contradictions of inter-ethnic conflict within the working class. What are the challenges to building a unified working class in China? The Chinese state was founded on the belief that ethnic minorities will come together to modernize the country. It has become code word for the Chinese army to occupy ethnic minorities homelands — such as Tibet and Xinjiang. Western, liberal racist conceptions of human rights recognize that there is a problem, but they ultimately serve as apologetics for US intervention, and many tend to collapse of all Chinese workers (1.3 billion!) into the authoritarian Chinese state, leaving no room, and having no analysis of workers agency and struggle. How can we chart another path, where the first foot forward is anti-racism, anti-Han chauvinism, and also the liberation of all working people in China including ethnic minorities? In the US, we have seen white supremacy divide the working class, preventing white workers from uniting with the demands of Black, Brown and Asian workers. Is Han supremacy also at play in creating divisions between Uyghur and Han workers in China? What are from-below, grassroots, non-statist examples of where these ethnic divisions that translate into divisions within the working class, have broken down? 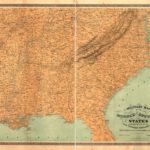 As the South goes, so goes the Nation

The League of Revolutionary Black Workers for Militants Today