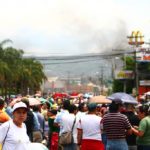 Many orthodox Marxist-Leninists fall back on Althusser when searching for a deeper philosophical grounding for their politics, but without looking at the debates that surrounded his work. Simon Clarke of the "Open Marxist" school made some key critiques. We recommend his piece on Althusser in "One Dimensional Marxism," plus his writings on structuralism and Poulantzas. Free PDFs available here. ... See MoreSee Less

A typology of some forms of working class organization that are around right now ... See MoreSee Less

A cheatsheet for comparing organizing models