Over the past three years the energy of Egyptian workers has created exciting  possibilities for the working class across the Middle East. In December of 2006 over 24,000 workers at Misr Spinning and Weaving company in Ghazl el-Mahalla initiated a wave of strikes and industrial actions that has extended well beyond the Mahalla al-Kubra industrial center challenging the foundations of the Egyptian state.  As this rank-and-file activity grew into a movement, it increasingly came into direct confrontation with the state, with well over 200 major strikes in 2007. When Mahalla workers again struck in April of 2008, the dictatorship looked to crush the movement. As soldiers and police tried to occupy the factory, clashes broke-out and spread, with live ammunition being fired on strikers and protesters.

The April 6 movement, as it became identified, was an important catalyst for grievances against the regime as striking workers were joined in the street by the mass outcries against the rising cost of bread. It is no accident that since 2008 there has been an attempt to crush the movement by arresting rank-and-file leadership, student activists, and opposition intellectuals, many of whom have been tortured, taking a place next to hundreds of Muslim Brotherhood organizers sitting in jail. What has been striking about the movement are the political dimensions of the protest.  In addition to fighting privatization and demanding back payment of bonuses, demanding for the raising of the minimum wage, people are singling out Mubarak and his American-backed dictatorship.

The new political militancy in Mahalla al-Kubra cannot be seen in isolation. A wave of anti-regime organizing began at the height of the second Palestinian Intifada, which was centered around student activity on campuses and street protest calling for political freedoms, illustrating the close relationship between the struggle against Israeli apartheid, as well as the Hizbullah and popular resistance in Lebanon, and the resistance in Iraq.  After the 2006 strike, Mahalla workers were joined by similar actions in other parts of the textiles industry, along with many other industries. More recently, postal workers, transportation workers, teachers, farmers, tax collectors and other civil servants, for whom many wages have not kept up with inflation, have also organized job actions. Similar developments have been happening in Iran. However, unlike in Iran, in Egypt middle class grievances have been merging with the growing workers movement and combining with the protests against the regime.

As the largest movement in Egypt since the 1930s and 1940s, the strike movement has cohered a new spirit of political resistance and created political openings that signal a period of possible ideological recomposition in the Middle East.

Neo-liberal restructuring began under Sadat in the 1970s, inaugurating early signs of a new kind of resistance in the 1977 “bread riots” or “IMF riots”. But in the early 1990s these economic “reforms” by Egyptian government gained new momentum. This has involved selling off of state-owned industries, the introduction of temporary labor contracts or casualization, reduction of subsidies for staples, and cut back on social social services. It is a process familiar in the US and around the world that has defined the political climate for the last 30 years.

During the 1919 revolution in Egypt the liberal elite Wafd Party rode the rebellion of working people to power, negotiating a deal with British colonialism and smashing the early popular democratic organizations that were decisive in winning the qualified independence of 1923. The anti-democratic Wafd was politically dependent on British imperialism, the investment of British capital, and the British-installed monarchy. To some extent the situation is little changed from the policies promoted by today’s progressives and liberals. Textiles have been a major industry in Egypt going back to the 1930s and 1940s and it was textile workers who played a major role in finally running the Wafd big landowners and merchants out of power.

The rise to power of the radical nationalist Nasser initiated a break with British and American imperialism. Nasser and his Revolutionary Command Council, or Free Officers, consolidated their power not by smashing the Egyptian working class organizations, but by incorporating them into intense state-capitalist development and support from Soviet capital. Like the New Deal in the U.S. or the British Labor Party in Britain, this resulted in the creation of new “progressive” labor law, subsidies and other benifits and compensation. These state-capitalist developments were made possible through the destruction of any independent political power of Egyptian workers and the incorporation of a union bureaucracy that would keep labor quiet.

With the end of the oil-boom and the rise of Sadat, by the late 1970s the Nasserist state was seeing the first signs of being dismantled. By the 1990s neoliberal political and economic policies had taken fully hold in Egypt. The union bureaucracies of the old Nasserist state, along with a sizable section of the progressive Left, have helped along this bonanza for the rich by supporting the dictatorship in the name of opposing the Muslim Brotherhood, thereby ensuring that the roots of the Mubarak regime continue to wrap around and strangle any independent democratic movement in Egyptian industry and in the streets. Egypt is just one more example of how the only relation in today’s ruling class ideology and much of the progressive “Left” to “democracy” is making sure it doesn’t exist.

Sadat’s “opening” in Egypt initiated a new era for Egypt that much of the Third World followed in the late 1970s and 1980s. During the Soviet Union’s prolonged collapse, previous state capitalist governments that straddled the line during the Cold War between the US and the USSR found themselves forced to expand their economic and political relationships with the US, which included Structural Adjustment Programs and loans from the IMF. In exchange, Sadat was given major arms deals and financial aid to preserve the dictatorship and form a garrison state in the region. It is no accident, then, that Sadat signed a peace deal with the apartheid regime in Israel, another garrison state. This relationship continues as the closing of the Egyptian-Gaza border at the end of 2007 and beginning of 2008, which reinforced the apartheid regime’s blockade, demonstrating the interrelated nature of peoples’ movements in Palestine, Egypt and throughout the Middle East. Therefore U.S. imperialism plays a formidable role in strengthening and preserving reactionary social relations in Egypt, Israel and throughout the Middle East. Indeed, the movement in Egypt is carefully kept out of the Western media because, without irony, Mubarak, just like other authoritarian regimes backed by U.S. imperialism, have been labeled the friends of democracy.

A key development in the contemporary struggle has been the effort to build independent national unions rooted in strong workplace democratic committees that can oust the General Federation of Trade Unions attached to the state. Such efforts have had some success with one of the biggest hallmarks of the movement in the establishment of the Union of Real Estate Tax Authority Employees (URETAE). It was the first independent union in Egypt in over 50 years. Near the end of 2008 tax collectors went on strike and won a 325% raise, but the strike committee remained active and collected the 30,000 signatures needed to establish their own union. There are similar efforts to establish independent unions by teachers, postal workers, and among the powerful textile workers centered in Mahalla al-Kubra.

The power of the movement as it stands now has had profound implications for the future of Egyptian politics.  For instance, in Mahalla in 2006 the labor bosses from the state-controlled unions attempted to undermine the strike and told workers to go home. In response, the workers hospitalized the labor boss. Towards the end of May this year another strike was initiated at the Tanta Flax & Oil Company. In addition to an increase in incentive pay, and that the jobs of 9 workers be restored, including 2 union members, the workers at Tanta Flax and Oil have been calling for both workers’ self-management and nationalization. This time the heads of the General Trade Union of Textile Workers (GTUTW) and parent union, the Egyptian Federation of Trade Union (EFTU), supported the strike. This is only the second time an official part of the EFTU supported a strike in 50 years, the first being in 1990s. However, after workers suggested protesting at the Ministry of Manpower, the GTUTW and the EFTU withdrew both support and wages from the strikers.

This indicates the kinds of fractures in the establishment in Egypt that are possible but not guaranteed. Recently, the courts have ruled that seven of the nine workers should be returned to work, but there has been no steps towards enforcing the ruling. This follows the 2005 protest by judges demanding an independent judiciary. Such tension is present at the top as well.  This is especially the case with the group of technocrats centered around Gamal Mubarak, son of the head of state. They are impatient with the rate of neo-liberal reform in the country are looking forward to Gamal soon being installed. However, like the bourgeoisie around the world, there is no faction within the ruling class equipped to break with the old ruling consensus, and issue a new social compromise.

The gains made by the working class in Egypt, coupled with the immediately political character of the movement and their relationship to other movements throughout the Middle East pose many questions for the peoples of the Middle East, including the failure of state-capitalism. But with these questions come new possibilities in not just Egypt but also in Palestine, Lebanon and elsewhere that strike at the heart of both the Arab dictatorships and U.S. imperialism. 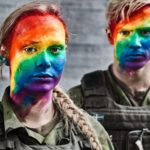 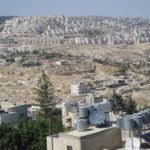 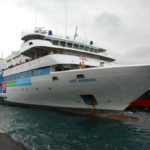 4 thoughts on “The Labor Movement in Egypt”