In recent months, there has been a chorus of voices discussing the “civil war” within the Republican Party, and the Party’s resurgence from its devastated state after the 2008 presidential elections. The civil war, it is said, is over the soul of the GOP, whether it will be a big tent party that is moderate enough to win over young people, folks of color, and the large section of voters identified as independents, or whether it will be a firmly conservative party that is more narrow in its base but also more ideologically pure. Talk of a GOP resurgence began in earnest over the summer with the tea parties and health care townhall protests, with the emphasis of both on grassroots (some would say Astroturf) activism in rekindling the party, and has only gained momentum after the recent election results in New York, New Jersey and Virginia.

Texas is an important starting point for thinking about what these debates mean. Since earlier this fall, incumbent Rick Perry and Republican Senator Kay Bailey Hutchison have been battling it out for the GOP nomination for governor of Texas in the 2010 election. While heated intra-party contests might normally be cause for concern within the national party, Texas holds extra weight in that it is the second largest state in the U.S. (after California) and currently controls 34 electoral votes, making it an important, if not the most important, piece in the Republican electoral college puzzle. Further, it is a “majority minority” state – meaning white folks make up under 50% of the state’s population – putting it at the center of a debate within the GOP about whether the party will/should develop new strategies and a new identity to win people of color away from voting Democratic in the upcoming years.

Perry, the longest-running governor of the state, had agreed not to run again after his last re-election in order to clear the way for Hutchison to succeed him, but he has since switched and decided to re-run (there is speculation that he wants to stay in office so that he is a more viable presidential candidate in 2012). Hutchison has decided to run against him anyways, drawing the ire of prominent GOP leaders for two main reasons. One, the costs of the two Republicans running against each other are expected to be high (it’s likely $30-$40 million will be spent by each campaign). Two, the race will be highly divisive and could split and/or alienate GOP supporters, inadvertently handing Texas Democrats election victories in a state that has been Republican-controlled for the last 15 years.

Does it make sense for the national leadership to get involved in the conflicts of one state when they’ve clearly got bigger Congressional and Presidential seats to worry about? I’d argue that governors’ races are not small potatoes. They often give a good sense of what’s going on in either of the ruling parties at the national level, and they point towards who are the rising stars or future leadership of each party. Four of the last six presidents have been former governors.

While governorships are often stepping stones to higher positions, in and of themselves they hold serious power to attack state budgets, craft tax breaks to corporations, allocate federal monies (i.e. stimulus money) and state contracts to political & business elites, and manage the prisons, schools and hospitals that house, mis-educate, and murder working class and oppressed people. Plus they can present formidable political challenges to the White House and Congress, like the Southern governors who rejected elements of the Obama administration’s stimulus package or others who have drafted proposals that would undermine Obama’s health care plan at the state level.

That there are major differences in how Perry and Hutchison would utilize this political and economic power is highly unlikely. Perry has sought to present himself as a “Washington outsider”, as pro-business, anti-big government and at least amenable to the rhetoric of Texas secessionists. Hutchison has cast herself in a similar light, save for the association with secession, but has added in some rhetorical flourishes alluding to the need for the GOP to reflect Texas’s changing demographics. The contest between the two has been portrayed as one of warring factions within the GOP – Hutchison of the moderate, “big tent” wing and Perry the rightwing or purist wing.

Yet the political gulf between the two is not quite as wide as they both like to paint (even conservatives have acknowledged this) and the idea of a split along moderate vs. rightwing lines is contradicted by the endorsements each is rolling in (Hutchison has picked up an endorsement from Dick Cheney while Perry has gotten support from Sarah Palin). In a certain light, the Hutchison-Perry divide gives one pause over whether the two sides in the civil war in the GOP are all that different.

It might be more accurate to say that the real civil war in the Texas GOP is the quiet storm brewing among the ranks where far right elements are moving from the edges to the center in an attempt to refashion the party in their own image. Emboldened by the tea parties and the health care townhall protests this summer and fall, there is a small but growing number of new faces stepping in to challenge GOP incumbents from the right. Their strategy is to force the party to become more “small tent” or purist, even if it means splitting the vote and losing elections in the short term. The inability of more well-established GOP leaders like Perry and Hutchison to reach consensus on a viable vision for the party has opened up space for such far right forces to begin to move in new ways inside of it. Perry’s flirting with the secessionists only marks his recognition of this tendency and a desperate attempt to not fall victim to it.

This quiet storm isn’t only brewing in Texas. The recent elections across the country have revealed similar challenges. Far right candidates have a growing confidence that even if they don’t win an election, their challenge to an incumbent Republican will at least have the effect of polarizing the political debate on terms more favorable to their ideas; a climate which would bring incumbents “back into line” from their presumably moderate ways. Democrats will not be able to avoid this dynamic, and some are saying that the results of the recent elections will push Blue Dog Democrats more to the right in how they vote on Obama’s legislative agenda for fear that they too could lose their seat to a far right challenger (although one could argue that the moderate wing of the GOP is actually the Democratic Party, and thus a rightward drift by Dems is relative).

In New York’s 23rd District, the candidacy of rightwing Conservative Doug Hoffman forced Republican nominee Dede Scozzafava to abandon her campaign just days before the election; Scozzafava responded by endorsing Democratic nominee Bill Owens who went on to win the election. Many on the “small tent” wing are claiming this as a victory because it forced out the “moderate” RINO (Republican in name only) candidate. GOP candidates took away the governor’s office from Democrats in both New Jersey and Virginia, among other seats, despite endorsements and campaigning by Obama to help bring out votes for his party.

There are many factors to be considered, but ultimately any sign of GOP resurgence has to be kept in historical context. First, voting trends have shifted like a swinging pendulum almost every 2-4 years, at least according to this Washington Post graphic. Second, election gains by the ruling parties are not necessarily indicative of a rightward or leftward shift among broader social forces, instead they often indicate a “no” vote to the party in power. Winning by default because your opponent’s supporters decide to stay home isn’t much to brag about, and is likely to be short-lived until your own supporters do the same thing to you two years later. Third, there were some clearly lackluster victories by the GOP that indicate a resurgence is a bit of an over-exaggeration – one example being Mayor Michael Bloomberg’s re-election in New York, a victory which he spent $100 million to achieve only to beat his badly outspent opponent by a mere 5% margin.

Given all this, the question I have is whether the GOP is facing an identity crisis or something else? Are the tensions in the GOP a sign of “civil war” leading to a rebirth, or are they a sign of deep ideological decay? Is the GOP seeking a return to the glory days of the Reagan Revolution or do they, like other sections of the U.S. ruling class, simply lack a viable vision for the way forward? How are these cleavages in the party reflective of divisions within the ruling class as a whole? And while there is no doubt that there are some who seek to change the course of the party, should we expect seismic shifts in the short term?

It’s helpful to think about the circumstances under which class re-alignments and ideological recomposition have occurred within official society in the past. If we were to draw conclusions based upon Texas politics, the historical moments when the character of ruling parties changed included Reconstruction, World War II, the 1960s and again in the 1980s. Gradual shifts, party cross-overs, and new strategies or orientations develop in the interim, but not to the same extent or degree. The moments of seismic shifts were eras of national and international upheaval in a political, economic and social sense; thunderous challenges from below by movements of working class people on the left and the right; and/or deep crises in capitalism.

Is this such an era? Today there are some parallels (i.e. that we are living through the greatest economic crisis since the Great Depression) but one notable absence is of movements from below (right or left). What becomes the material basis for major shifts or party reorientations if the working class is not yet moving in a big way? Divisions within the ruling class can only be clarified and overcome in the context of (and under pressure from) new movements from below. Similarly, the right and left exist in a dialectical relationship, meaning a rightwing movement that might infuse a new identity or ideology into the GOP would only grow in proportion to the existence and/or defeat of a leftwing movement.

For obvious reasons this is not a comprehensive analysis of or response to these questions. Whatever the long term may yield, it is likely that the Democrats will take a hit in the 2010 elections and the Republicans will claim a victory, however small it may be in reality. Whether the GOP can agree on a strategy to keep Texas a red state is yet to be seen. 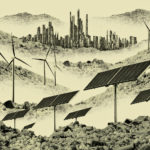 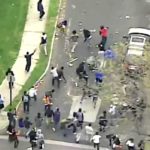 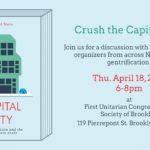 2 thoughts on “A Republican Resurgence?”