W.E.B. DuBois spoke these words – as the South goes, so goes the nation – many years ago to capture the fact that the South represents a key link in the chain for the U.S. working class in terms of resistance against exploitation and the violent suppression of organizing and organization among workers and people of color. This is no less the case today. The South (defined here as the 11 states of the former Confederacy plus Kentucky) has been central to the ruling class offensive and reorganization of capital for the last 40 years. Kim Moody illustrates the South’s growing importance for U.S. capitalism since the 1950s in his book U.S. Labor in Trouble and Transition.

To try to summarize some of Moody’s key arguments: Claims that industry has completely disappeared from the U.S. and been replaced by the service sector are without basis. Some on both the left and the right have played into the myth that the U.S. is a de-industrialized land with no working class, no industrial proletariat as typically understood. The growth of the service sector in recent decades is neither new nor indicative of the death of industry. In fact, services have outpaced industry since the early 20th century because as the capitalist economy expands from local to national to global, the problems of circulating capital, distributing goods and determining profits require more and more service type labor. The industrial core remains the sector on which most economic activity is dependent. While some industry in the U.S. has declined dramatically since the 60s and 70s – textiles and clothing for instance – for the most part manufacturing has simply relocated from its strongholds in the Northeast and Midwest to the South.

So what’s the evidence of this migratory trend by capital? Since World War II the South has become the site of over 30% of manufacturing output. This number increases when you include transportation of goods (central considering the decentralized & globalized nature of production today) which Moody argues is not part of the service sector but rather a fundamental part of the production process.

The proportion of manufacturing workers in the South rose to 32% by the year 2000. The best example of where this shift is happening is in auto. By 1997, Tennessee was the 4th largest auto producing state in the country. This growth was led by Nissan which located an assembly plant in the state in the late 70s, and was followed by GM, Daimler Chrysler and BMW moving there and into neighboring states. Supplier firms followed, increasing from only 49 in 1977 in TN to over 500 in 1997. Altogether, auto employed over 200,000 workers in the South by 2006. Much of this growth has been made possible by Foreign Direct Investment (FDI), with just under a third of all FDI coming into the South. In 2003, the South had more manufacturing jobs due to foreign companies, about 493,000 total, than the Great Lakes region.

Back in July, the Economist ran a special series on Texas (note: these two links will open in PDF since the articles are no longer available for free online) which showed why industry has fled to the South. Texas has a low tax burden for business and the wealthy (there is no income tax). It is a right-to-work state, meaning only 4.5% of the workforce is unionized, against 12.4% nationally. It passed an extensive tort reform that has made it harder for individuals or groups to sue corporations. And local and state governments have gone out of their way to offer other incentives for businesses to relocate here, giving up free land, cheap electricity, subsidies towards the wages of higher paid workers, long tax holidays, and “abatements” or exemptions for big investors from having to pay property taxes to local school districts.

This is quite the laundry list but what this dynamic has meant in real terms for workers has been catastrophic. Texas has been able to afford this level of corporate welfare because it spends the least on its citizens of any state. The state has great inequality in income distribution, with the highest proportion of people lacking health care, the third highest poverty rate, and the lowest proportion of high school graduation in the U.S.

Texas, and the South in general, present a number of challenges for new working class struggles both regionally and nationally. The region also raises serious questions for thinking about the state of unions today (which by and large have not organized campaigns in the South) and the left (which is almost nonexistent here in comparison to centers on the West Coast, Midwest or Northeast). What shape will new struggles take in the region? What is the centrality of southern workers to new struggles on a national level, politically and strategically speaking?

Moody suggests that labor needs to start by organizing in auto, meatpacking and transportation, since those are the major industries in the region and are already somewhat unionized on a national level. The South is not without its own militant labor tradition that can be learned from. But Moody rightly points to the historical failures of organized labor to penetrate the South, for two reasons: its red-baiting and its racism (or at best, class reductionism which avoids taking up questions of race). On the latter, the working class will fail again and again in the South until it is ready and able to confront white supremacy head on. This is even more the case today when (according to 2004 stats) almost half of all black folks, one-third of all Latinos, and almost one-third of all immigrant workers live in the South.

One other key thing to take note of is that at the same time that the South has been increasingly, albeit unevenly, industrialized, the northern region of Mexico has been industrialized, with businesses on one side of the border often dependent upon production and the exploitation of workers on the other side (something Davis and Chacón discuss in their book No One Is Illegal). How do these factors change how we understand the South as a region and its role in capitalism today? And what does this interdependent U.S.-Mexico border region mean for cross-border organizing between workers? 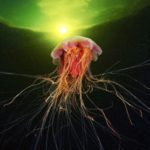 3 thoughts on “As the South goes, so goes the Nation”