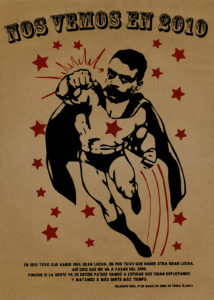 In recent weeks, the political crisis in Mexico has deepened in the wake of mounting attacks by the state against labor and progressive/left organizations. Such attacks have only added to expectations of a coming social explosion as the country prepares to mark the 100th anniversary of the 1910 Mexican Revolution and the 200th anniversary of its War of Independence.

During the weekend of October 11th, the government of President Felipe Calderón staged a military/police takeover of Luz y Fuerza del Centro, the government-owned electric company that employs 43,000 workers represented by the Mexican Electrical Workers’ Union (SME). This was only the latest step in a decades-long offensive by the Mexican ruling class under both the National Action Party (PAN) and the Institutional Revolutionary Party (PRI) to undermine the strength of that union and to privatize the energy industry. With the takeover, all 43,000 workers were immediately terminated. Only 10,000 are expected to be rehired after restructuring by the government, and the remainder are being enticed to take severance packages in an attempt to soften protest against the attack and to divide the workers.

Calderón is claiming this move was necessary because a corrupt union and selfish electrical workers with high wages were bleeding the profitability of the company. Sounding like the U.S. capitalists who pinned the failures of U.S. auto on autoworkers, Calderón lamented that, “Had I not taken this measure, we would have had to raise electric rates or constantly increase taxes.” Most sources point to a set of deeper issues at the root of this takeover.

Mexico is experiencing the worst recession in Latin America, precisely because its economy is so deeply intertwined with the U.S. economy. There have been close to one million workers laid off in the last year and economists estimate that the country’s GDP will shrink by 7.5% for 2009. Yet the Mexican ruling class (to the satisfaction of U.S. capitalists) is pushing forward a neoliberal agenda to privatize the few remaining industries in the country that were nationalized as a result of the 1910 Revolution. Public education has come increasingly under attack, with the help of the teachers’ union bureaucrats of the SNTE, as has anyone attempting to defend public education. It is of no surprise that the recent wave of “anarcho-bombings” that have targeted corporations and banking institutions have become a pretext for the government to investigate, harass and detain student organizers across the country.

In energy and elsewhere, the state is using the economic crisis as an opportunity to attack wages and benefits, to impose speed-up (imagine what it will be like for those 10,000 workers to carry out the labor that was up until two weeks ago done by 43,000), and to remove any organized working class resistance to austerity and restructuring.

The key question that remains unanswered is how will the Mexican working class respond to this attack. So far there have been numerous protests and marches, including an energetic 300,000-strong march in Mexico City where people shouted down the government and chanted “¡Si no hay solución, habrá revolución!” (If there is no solution, there will be revolution). Yet despite its history as an independent and democratic union, the SME is pursuing a legalistic and legislative strategy to fight the takeover, calling for marches out of necessity but viewing them as an otherwise minor element of a larger strategy to push for protection from Congress and other official government bodies. The union decided not to call on members to seize electricity installations and defend them from the state takeover, despite knowing about the takeover several days in advance. There are likely heated debates happening among the rank & file about which direction they need to take the struggle, and whether they can throw off the dragging weight of this legalism will be decisive.

The strategy by the SME and even its call for a national strike exposes the defensive posturing of the Mexican labor movement right now. There are serious divisions within labor, where many unions have not come out in support of the SME because of their own close ties with the PAN or PRI. While some on the left are pushing for orientations & offensives that move beyond the limitations of union politics, they haven’t definitively broken with the twin problems of sectarianism on the one hand, or popular front strategies of collaborating with the left nationalist Party of the Democratic Revolution (PRD) on the other.

Deep-seated anger and frustration are clearly prominent across Mexico, and many are speculating that the rebellions of 2006 (in Oaxaca, in Atenco, among rank & file miners and teachers) will return in the form of a new explosion. But what lessons have been learned from the experience of 2006, when militant movements failed to generalize across the country? What has changed in terms of organizational capacity and political program since those upheavals? How will new struggles meet the challenges of the increased militarization of society under Calderón’s drug war?

Dan La Botz has posed these and other questions well, writing that:

“Calderón’s move to destroy this union represents an important turning point in modern Mexican labor history, a decisive step to break the back of the unions once and for all. Following up on his three-year war on the Mexican Miners and Metal Workers Union (SNTMM), Calderón has now decided to take on the leading union in Mexico City. But, even more important, as one Mexican political leader noted, it is an act intended ‘to change the balance of forces,’ so that they favor the government.

‘After its electoral defeat and out of fear of social protest which the [economic] crisis is provoking, the government wants to give a demonstration of its power which everybody will understand: the left, the social movements, the PRI [Institutional Revolutionary Party], the unions, the Congress, the businessmen and the media. The logic is the same that was used in the [Salinas government’s] attack on La Quina [head of the Mexican Petroleum Workers Union] in 1989: if you can do it to the strongest, then you can do it to the weakest. If the most combative union can be defeated, then so can any other force.'” 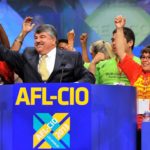 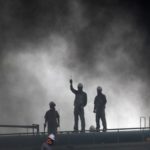 One thought on ““¡Si no hay solución, habrá revolución!”: Recent Developments in Mexico”