It has been said many times that the disaster in Haiti is not simply a natural one but also historical. The U.S. government and official society is infusing its bankrupt system with moral legitimacy by, once again, descending upon its neo-colony in Haiti. To read and watch the cynical power moves of a vile system take advantage of a social situation they have created and plan to fortify is difficult to take. Haiti, the home of the greatest revolution the Americas has ever seen and we still have not fulfilled, is an open wound that, like Katrina and the current capitalist crisis, is reminder of how far the people have to go to take the offensive against the ruling class. No white supremacist, clear-eyed bluster about pacts with the devil or the comfortable, self-assured platitudes of a decadent political class can obscure this history or deny this task.

You can also send funds to the Haiti Emergency Relief Fund. 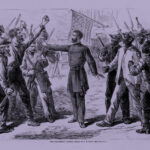 One thought on “Donations to the Haitian People”