By Will and mlove

Two weekends ago in Iran hundreds of thousands people (perhaps more) took to the streets once again and defied the clerical regime. The holiday of Ashura was turned into another referendum in the streets with people marching, as well as attacking police stations and banks. Not only were about a dozen people killed by the police, but there were reports that some units refused to fire on the crowds and that some went over to the marchers. What seemed to be at first a continuation of the small, sporadic but violent demonstrations that have occurred in recent months, turned into another massive street confrontation with the regime. Therefore, they have turned out to be a further development of the June 2009 protests that, what seemed like protests about the questionable election result of Ahmadinejad’s victory, became a direct and mass challenge to the character of the regime itself.

Well before the June events, and periodically since the 1979 Iranian Revolution, the character of the regime and the struggles against it have become among the Western Left and Iranian socialist exiles deeply and bitterly debated. The reason for this urgency is obvious: Imperialism has spent 30 years in an unrelenting attempt to win back its access to Iranian oil and destroy the historical example of the Iranian Revolution. While more recently the U.S. has hoped to sponsor a version of its “color revolutions” in Iran (as they have in Ukraine, Lebanon and Georgia), there is another side of the struggle in Iran that is fundamentally opposed to the interests of Western imperialism. The fundamental issues, of course, go back further and are not new, and go back to the time of the Russian Revolution when this became a dividing line between anarchists, Left communist currents, Trotskyists and Stalinists.

Here are some basic readings that cover some key positions on the Iran events. Some basic questions worth asking (among others): What is the class basis of the movement? What are its politics and demands? What are the forms of struggle that are developing? What is the relationship of U.S. imperialism and Israeli apartheid to developments inside Iran and the historical legacies of the Iranian Revolution? What are the issues involved in the “split” between the Iranian and Arab Left concerning the character of the regime and the movement against it?

Background to the June events:

Iran and the Western Left:

World Socialist Web Site, The crisis of the Islamic Republic and the tasks of the Iranian working class

MRZine Editor,
How many Leftists are “United for Iran”?

Saeed Rahnema,
The Tragedy of the Left’s Discourse on Iran 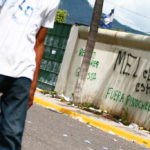 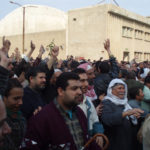