Last year, Sherry Wolf published Sexuality and Socialism: History, Politics, and Theory of LGBT Liberation.  While the publication has many worthwhile ideas to offer as well as for critique, I would like to focus on the first chapter here- the roots of lgbt oppression.  Sherry Wolf poses the idea that sexuality as a defining aspect of one’s identity, something we take as given in our society, came about through the development and rise of capitalism as the ruling political economy of our society.  This is not to say, and certainly Wolf does not argue, that people did not engage in same-sex behaviour before the rise of capitalism.  Rather she poses that the way in which we specifically identify as queer or straight or gay or lesbian etc. has come about specifically because of capitalism.  Therefore, the oppression that queer folk face today in our society and the particular ways in which we are oppressed has its roots in capitalism as well.

One of the arguments Wolf makes is that this oppression is rooted in the idea of the nuclear family which is both patriarchal and integral to capitalism.  The nuclear family is the basis of the reproduction of labour that capitalism requires in order to continue.  Both literally the family reproduces the next generation of labour but also daily the family nourishes and reproduces the ability of workers to get back up in the morning and go to work again.  Queer families do not fit into this mom-dad-2.5 kids- white picket fence American family ideal.  That makes them threatening to capitalists that literally rely not only on the idea of the nuclear family but also the reality of it to make their profits.
However, although under capitalism queer folks face oppression; it was under capitalism that the space was created for queer identity (as an identity) to emerge.  Industrialisation created centres for people to work in- this took them away from their families at many points and allowed for queer subcultures to materialise.  The extent to which this occurred had not happened before.  On this basis Wolf argues queer oppression and queer identity in the way we understand it today is unique to capitalism.

Some questions I would like to pose are:
A.     If Wolf argues that queer identity is rooted in capitalism, then what are the implications for places in the 3rd world where capitalism is not as it is here and capitalist social relations have not penetrated society in the same way?  Can and do queer folks in those places seek liberation?  What does it then mean to have queer liberation?  What does solidarity mean?
B.    How do we think of family?  What does it mean to be a queer family?
a.    Many times we have said that there are examples of queer families all around us – families that do not fit into the nuclear family mold i.e. immigrant families, single parent families etc.  do these families see themselves as queer families?  if they do not, how does this affect how we see these types of families?  if they do or we do, how is that incorporated into what it means to be queer?

As a side note: Wolf disagrees with the usage of the term “queer” and uses lgbt in her writing.  However I prefer the term queer because i believe it allows for more variety and is broader and therefore more encompassing of people who for many different reasons choose to identify as queer. 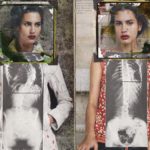 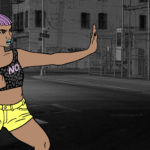 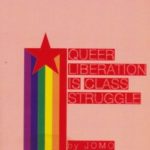 8 thoughts on “ongoing discussion on gender and sexuality”