As with the general crisis, it seems everything is magnified at a higher level.

What follows are a few brief notes on last week’s assault of the aid convoy to Gaza. It certainly isn’t the only death squad operation going on against aid convoys as events in southern Mexico shows.

The attack on the Free Gaza flotilla, with the killing of 9 solidarity organizers and wounding of 30 or more, is not an isolated incident. It instead reveals a number of interlocking tensions that need to be pulled apart.

This premeditated assault and murder is part of a general shift in the Israeli government’s policy toward international anti-apartheid organizing, where the regime itself is taking on an increasingly direct role in attacking solidarity efforts. The regime understands that a more pro-Palestinian viewpoint has steadily gained ground in the Left and progressive circles. Further, it understands that the tactic of BDS has gained significant ground in the last ten years. While Palestinians, and more broadly Arabs and Muslims, have been constant targets of U.S, European and Israeli agents and police, the net is now being cast wider to include international solidarity as a whole.

In less than 24 hours after the attack on the Free Gaza flotilla, the Israeli government, along with the vast majority of newspapers and news channels in the U.S. and Europe began their typical intensive propaganda campaign. This certainly creates a kind of firewall, with the vast majority of people suffering from lack of knowledge about Israeli apartheid and the role of U.S. imperialism.

However, even this propaganda and the immense interest U.S. and other Western elites have invested in the apartheid project is coming up against reality. They have not been able to solve the political impasse represented by the Palestinian struggle. As a result, Zionism, as a form of white supremacy, is perhaps more in crisis today than it ever has been in its history.

The inability of Israel and the U.S. to solve the political problem of Palestinian rights has radicalized Israeli Jewish society. This could be viewed more broadly as a part of the resurgent white populism and fascism in places like Europe, Australia and the U.S. The deliberate attack on the flotilla is a result of this shift. The Second Intifada profoundly challenged the nature of the Jewish State, laying bare its systematic discrimination against the Palestinian population. It revealed, in Fanonian terms, that this state can be nothing but the negation of the “native”.

The entry of the far-right into the governing coalition, led by Foreign Minister, Avigdor Lieberman and Danny Ayalon, has brought its solution into the mainstream of Israeli bourgeois politics: they call it “population transfer”, a euphemism for ethnic cleansing. While arrests of political leadership and the killing of demonstrators goes on unabated in the West Bank bantustans, a similar campaign is occurring against an increasingly defiant Palestinian-Israeli community. This has led to the arrest or exile of prominent political leaders, including Azmi Bishara, Ameer Makhoul, and Raed Salah among others.

Equally important here is the spat between the Obama administration and the Netanyahu government. It was only several months ago Netanyahu rejected Obama’s call to freeze the construction of Jewish neighborhoods in the West Bank and Lieberman stood-up Biden at an official state dinner in Israel. While Obama has attempted to restart the “peace process”, Netanyahu and Lieberman have done everything to short-circuit it. The attack on the flotilla is another tactic to disrupt Obama’s foreign policy goals.

Since there is no longer an effective centrist bourgeois politics in Israel, there is little support for investing legitimacy in a comprador bantustan government that the “peace process” is intended to achieve. Even so, the U.S. position is unlikely to get any traction even without this kind of resistance given the fact that the construction of the Palestinian Authority depended on the particular position and status of Arafat. The Palestinian Authority can no longer have any political legitimacy. It can only be a source of patronage for the distribution of aid money and the center of an auxiliary police force for the apartheid regime.

The Israeli military also attacked the flotilla because of the large presence of Turks onboard. The intention was to send a message to the Turkish government in an escalating diplomatic stand-off for the last year with the fall-out from the Gaza massacre. The timing of this attack is no accident, then, given that recently the AKP-led government in Turkey with the help of Brazil brokered a recent deal to allow the transportation of enriched uranium out of Iran. In regional terms it is also likely that the Israeli government, with support from the Right in the U.S., is looking to set the political terms for any future war it is currently contemplating.

Yet, like the Arab regimes, internal factors in Turkey also are playing a major role in this incident. The Erdogan and the AKP-led government has loudly responded to the flotilla massacre, despite jeopardizing its relationship with Israel, because it is in its own struggle with both the military and depression-like economic conditions. The Islamic faction in the Turkish bourgeoisie has been instrumental in completing the transition from Kemalist state-led capitalist modernization to neo-liberalism and potential entry into the European Union. Populist rhetoric is needed to shore up the Islamic bourgeoisie’s stewardship of this process.

The Israeli government believed that since a large contingent in this particular aid convoy was organized by the Islamic IHH, it could de-legitimize anti-blockade efforts and anti-apartheid efforts more broadly in the eyes of progressives and Leftists by painting it as “Turkish” and “Islamic”. Instead, the IHH is an Islamic NGO associated with the small Saadet Party. The Saadet represents a more conservative split from the ruling AKP. But Erdogan has minimized differences with Saadet in order to bolster his populist credentials in the face of the economic crisis and the always hidden hand of the military junta.

Unfortunately, this de-legitimization of Islamic politics has a track record of working, though its effectiveness is waning. This has certainly shown itself on some parts of the “progressive” as well as the radical Left. While many old Cold War progressives have become the new Left face of a resurgent white populism in regards to imperialism and Israeli apartheid, some on the radical Left have been disarmed by the elites in the U.S., Europe and elsewhere (under different national conditions) as Muslims have been placed at the center of white supremacy today. Thinking about this phenomenon in terms of secularism or religion has only too often found various Leftists supporting one faction of the ruling class against another. Instead, it has to be understood how the question of Islam must be addressed within the racial, class and gendered terms of the concrete struggles and self-activity of people in Muslim communities. 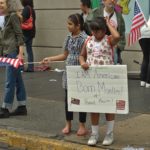