By Will and Jubayr

What up everyone? Hope readers are having fun with State Capitalism and World Revolution ☺ I don’t think I got much to say as the questions kinda get at what SCWR is constantly trying to hammer from different angles. Here are some more questions which can guide us as we read SCWR.
Chapters 6-8

1-What is SCWR saying about the plan, the state, and the party? Why is it antithetical to the self-government of the working class?

3- What is the political economy of the post WWII era as JFT sees it? Has it changed in the neo-liberal era? If so, how?

4- How does SCWR describe the role of unions in the state-capitalist era?

5- What is the theory of permanent revolution? How does SCWR orient towards it in the post WWII era?

6- In “Leninism and the Transitional Regime” SCWR poses quiet an interesting history of Lenin’s relationship to the Russian working class after the October Revolution. Is SCWR being completely accurate in its historiography of Lenin?

State Capitalism and the Break with Trotskyism 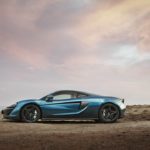 Capitalism and the Value Form 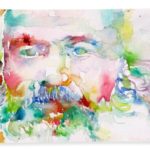 One thought on “Part II of State Capitalism and World Revolution”