The Johnson-Forest Tendency (JFT) has been at the foundation of our project here at Gathering Forces.  The theoretical contributions JFT made to the worldwide working class movement place them in the traditions of Left-libertarian socialism, libertarian Marxism, and a broader anti-authoritarianism.

With the Left and Marxist tradition in the US historically dominated by tendencies that formulated a socialism ‘from above’ – namely, Stalinism, Social Democracy, and variants of Trotskyism – JFT has played a pivotal role challenging these traditions by restoring the notion that the emancipation of the working class is the task of the working class itself to the center of Marxism.

The method and conclusions of the Johnson-Forest Tendency contextually emerged from their break with Trotskyism in regards to Trotsky’s failure to understand the state-capitalist nature of Russia.  The document State Capitalism & World Revolution (SCWR) is a statement of this break, and attempts to clarify some of the fundamental questions facing revolutionaries at the time. Is Russian “Communism” what socialism/ the new society actually looks like? What is Stalinism: a revolutionary force or counter-revolution?  What is the unique feature of the modern bureaucracy under capitalism?

These are just some of the key questions this work tries to get at. Looking around the world and the left, these questions are still with us today.

Lots of militants roll their eyes when discussions over Russia begin. After all, James is known for demanding the Americanization of Bolshevism and here we are talking about Russia!  Considering everything going on in the world and the hundreds of other books a militant could read right now, why look at SCWR?

Although it is over fifty years old, it was a profound advance on Marxist theory and still relevant for militants today.  In many ways many of the questions the book raises have yet to be surpassed in terms of the development of capitalism and the revolutionary Left’s response to the dilemma’s facing oppressed people.

The following are questions raised in the first 5 chapters of SCWR: 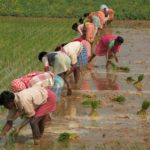 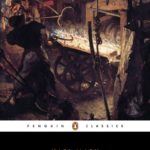 Notes on chapter one of Marx’s Capital, Part One 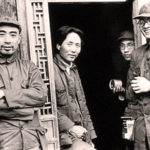 Some remarks on Bloom and Contend: A Critique of Maoism

16 thoughts on “State Capitalism and the Break with Trotskyism”