From our friends over at Ikhras.

What the Muslim-American Establishment Fights For

If I may sound so callous, allow me to admit that I don’t really care about recent approval of building a mosque near Ground Zero (that’s New York’s ground zero for the purposes of this article, not Baghdad’s or Kabul’s). Aside that this step will anger islamophobes, which is always a good thing, I see nothing to celebrate.

I would be impressed if the mosques that were destroyed in Al-Lid and Palestine 48 were rebuilt for Nakba survivors to pray in, or if the mosques of Iraq that were destroyed during the US invasion and occupation were restored.  However, I fail to see the point of pouring much time and energy into gaining legal and political permits to build a mosque near the site of an event that happened on 9/11/2001, in retaliation for which around 2 million Muslims have been killed between Iraq and Afghanistan, Pakistan and other sites of the so-called war on terrorism. How will the building of a mosque near Ground Zero alleviate the grief of 2 million Muslim families that have lost loved ones? How will it protect Muslims from the empire’s claws? What role will it play in defanging the US war machine? Will Abu Ghraib survivors’ psychological scars heal? Will this mosque help dispossess Afghani and Iraqi refugees feel safe enough to return home?

Let’s examine what interests will be served. What will Muslims get out of the establishment of a mosque at ground zero? A place to pray at most. And it’s not like there was a shortage of mosques in New York. Indeed, one Muslim who advocated for the building of the mosques stated there were already 200 mosques in New York, so building one at ground zero won’t be a big deal. Any attempt to enhance political standing in the US discredits the entire mosque effort islamically, as the intention (niyyah) behind building a mosque or performing any deed should be made exclusively for pleasing God.

What will the US get out of the establishment of a mosque at ground zero?

1) A PR cover for its war of terrorism against Muslims. The US couldn’t possibly be islamophobic if it builds a mosque near ground zero, right? The best cover for intolerance and xenophobia is building a mosque at ground zero at a time when many Muslims still linger in Guantanamo, many millions live under military occupation, and many Americans approve of Arizona-style immigration enforcement.

2) An opportunity to spy on Muslim congregants. One of the projects sponsors has stated “We have worked to ensure that our mosques are not recruiting grounds for terrorists.” How can that possibly be accomplished without violations of civil liberties? Will people get interrogated about their politics on their way in to prayers? Will there be security cameras installed in the mosque? Will the imam’s Friday sermons be surveilled? Will congregants be required to submit personal data for “record-keeping” purposes? Will phonecalls going in and out of the mosque be monitored? Now that the Muslim American establishment feels indebted to the US for granting it land (it had stolen from Native Americans) to build a mosque on, can you picture Muslims refusing civil liberties intrusions in the name of security at such a sensitive location?

3) A distraction to keep Muslim Americans tied up in the perpetual task of chasing after acceptance in the US instead of engaging in the far more pressing priority of working to end the occupations of three majority-Muslim countries (Afghanistan, Iraq and Palestine).

What more could the US ask for? I can’t see what the Tea Party and other islamophobes are fuming about.

Mark my words: the ground zero mosque will be a breeding ground for ikhras-worthy events. Muslims will host US presidents, US National Security Advisers and other such war criminals there. Friday sermons will consistently fail to criticize US foreign policy. Muslim-American soldiers will pray there before getting deployed to participate in the empire’s crimes abroad. Groups like “Seeds of Peace” will use the mosque as a site to engage in useless negotiations between Zionists and Palestinians. The FBI and DHS will hold sessions to learn “Muslim culture” to look more politically correct when detaining and deporting Muslims.

Incidentally, it is remarkable to note how victimized the citizens of the world’s only superpower feel; they’re viewing this event with the same sense of bitterness and irony with which Palestinians view the building of the Yad Vashem Holocaust Museum near the ruins of Deir Yasin, where a horrific massacre took place in 1948. 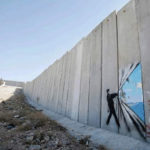 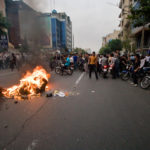 Riddell has led the effort to compile and publish the massive collection of documents from the Communist International. Here's his summary of what the records show from 1920-21, when attempts at revolution failed in Germany and the movement sharply debated how to move forward. ... See MoreSee Less

Some good news, missed it when it dropped. ... See MoreSee Less

IGD, recently banned from Fbook while far-right militias post freely, is maintaining a roundup of mutual aid efforts for the west coast fires--link up and support ... See MoreSee Less

Disturbing content warning: a whistleblower nurse and a coalition of NGOs led by Project South have exposed medical abuse at a private ICE detention facility, where women are forced into unnecessary hysterectomies and other procedures en masse. ... See MoreSee Less