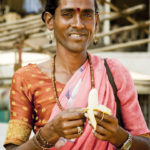 Queer Liberation and the Pakistani State

No Safehouses: Patriarchy on the Left Part 2 of 4

No Lamps, No Candles, No More Light: Patriarchy on the Left Part 1 of 4

Before their break with Trotskyism and the eruption of the Civil Rights movement, the Johnson-Forest Tendency argued that independent black movements were not a diversion from class struggle, but a catalyst that would bring the latter into being. ... See MoreSee Less

Revolutionary answer to the Negro Problem in the USA - CLR James

A selection of a 1970s piece by the dissident Soviet philosopher Evald Vasilyevich Ilyenkov, on how Lenin's reading of Hegel differed from the Kantian Marxists of his day by grasping logic and dialectics as one single thing ... See MoreSee Less

Racialization is shaped by how we get defined within capital as it subsumes land and labor. Jess Quizar argues that black Detroiters are being invisibilized to legitimate land seizures--analogous to Native American racialization, and in contrast to much black racialization throughout U.S. history. ... See MoreSee Less