Protests for the #HandsUpTurnUp day of action in solidarity with the Ferguson rebellion took place in at least 10 cities across the country last night. Unity and Struggle members helped coordinate and lead actions, alongside comrades and friends, in several cities. Shout out to Torque in ATL and the Trayvon Martin Organizing Committee for their dope cross-city coordination.  Below is a brief roundup of media from the actions, with updates as we get them.

In Providence, the #HandsUpTurnUp #march4mikebrown began with about 300 people swarming through the Downtown streets towards the Providence Police Department central station. Moments after filling the parking lot, demonstrators stormed into the station and occupied the lobby for close to an hour. The crowd expressed their rage by sharing testimony, poetry, analysis, and calls for defense strategies against police violence. 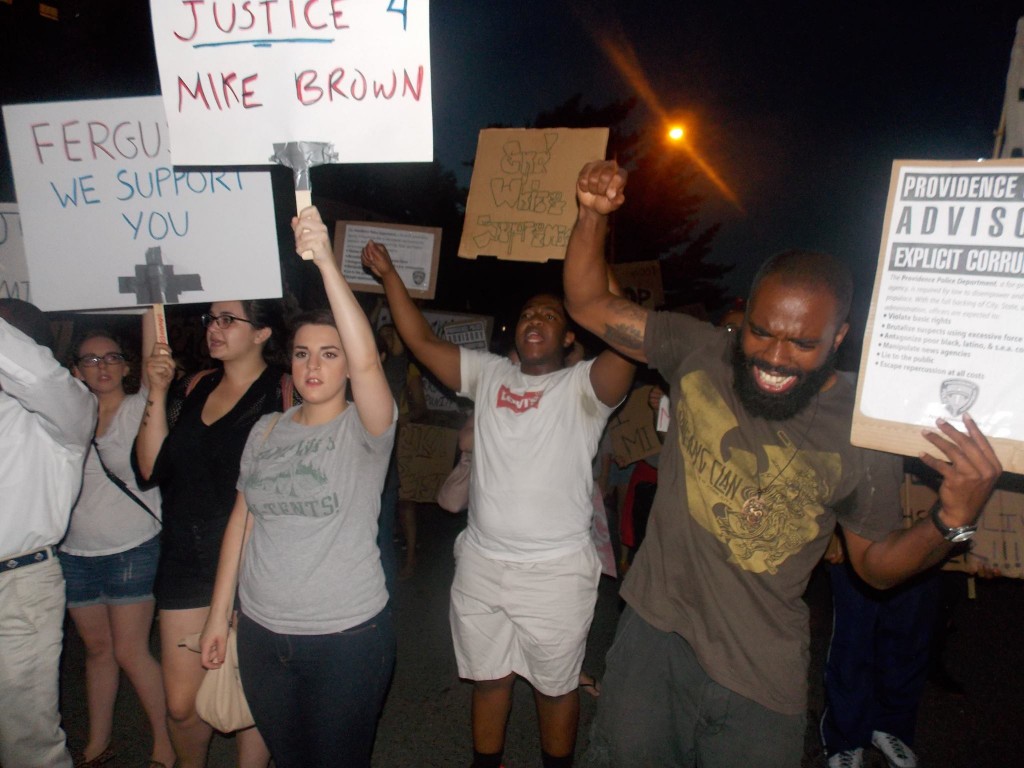 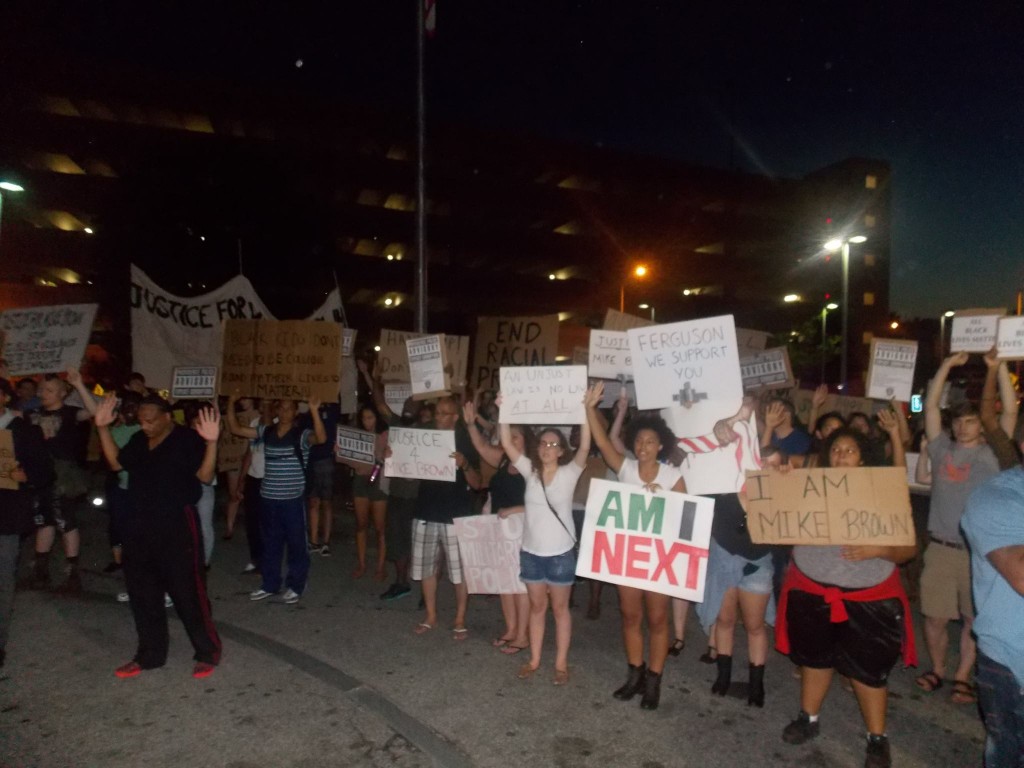 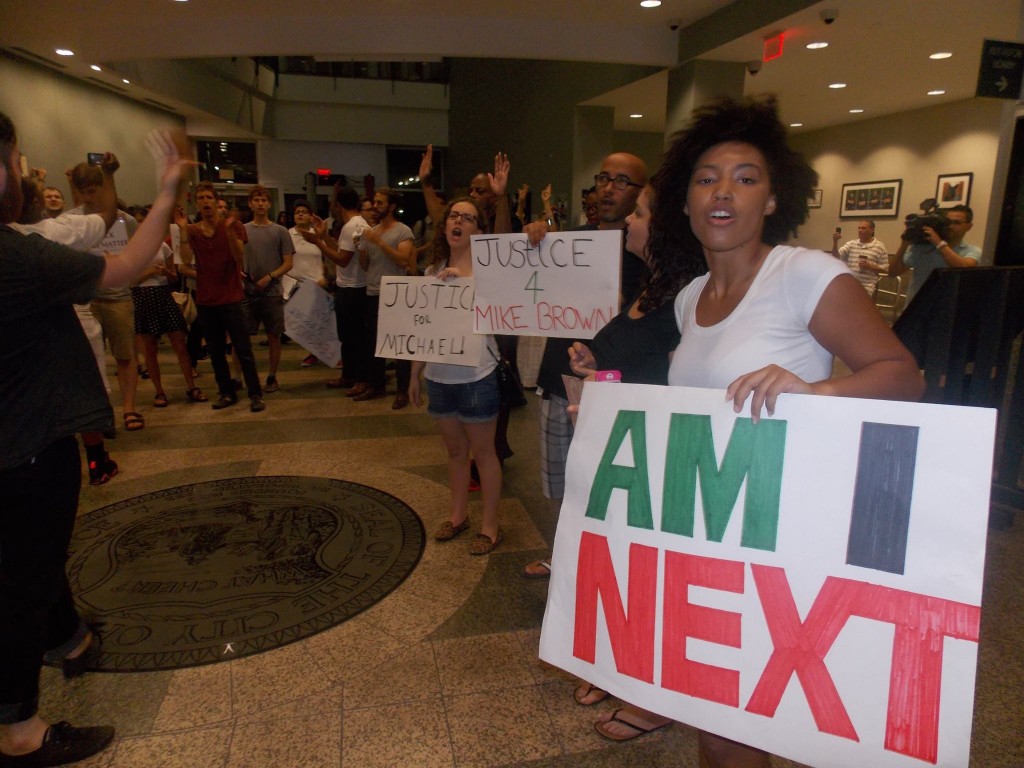 In New York City, #HandsUp #TurnUp actions began with a Palestine solidarity march across the Brooklyn Bridge, followed by a night march around the Lower East Side, which ended in Union Square. Around 400 demonstrators visited local housing projects, suffered three arrests in scuffles with police,  and generally held their own against the cops and kept control of the streets. 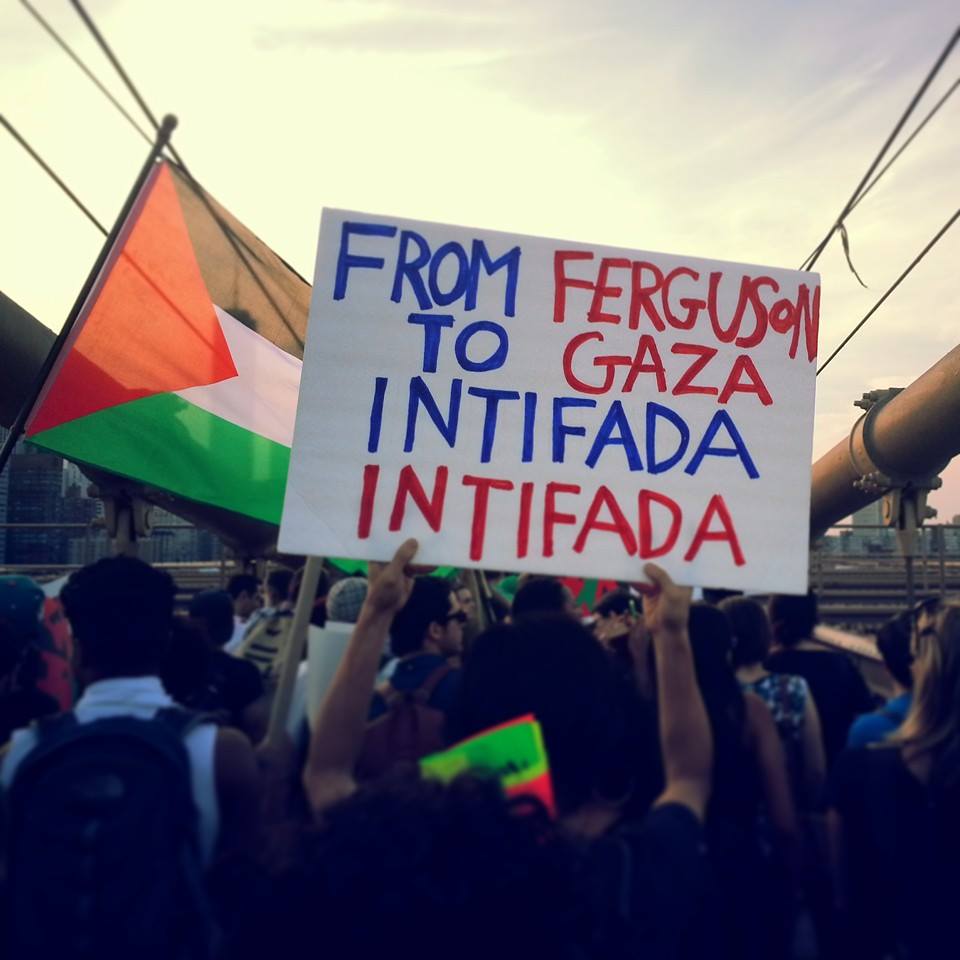 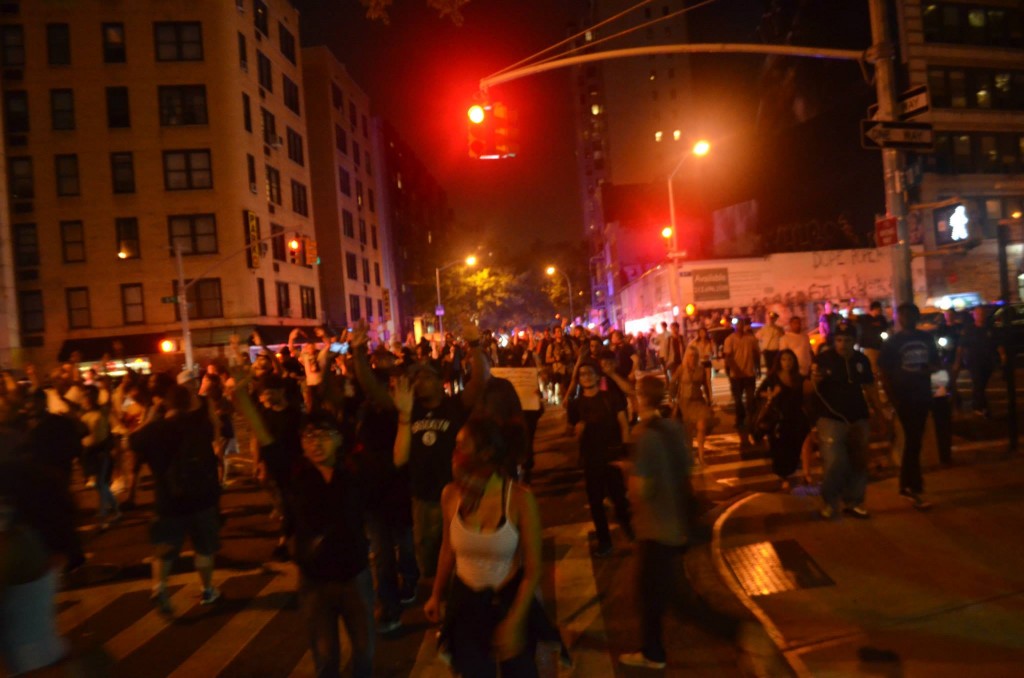 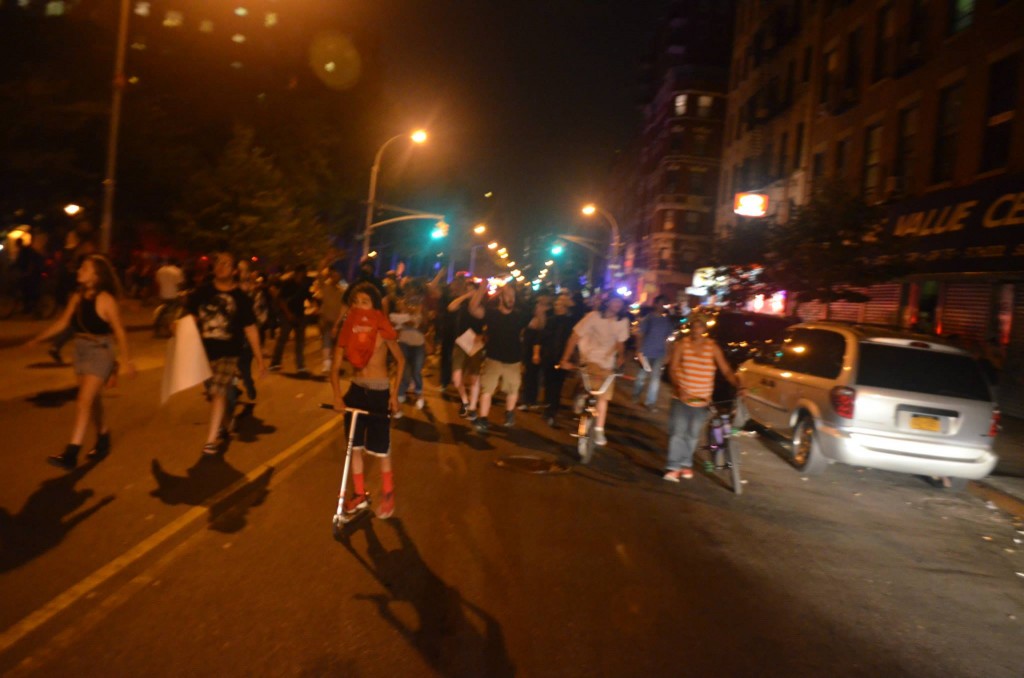 In Houston: #HandsUpTurnUp march began at the police station in the Third Ward and made its way through Emancipation Park. The march held the street for about 90 minutes with more folks joining along the way. There was one arrest, but our brother was released a couple hours later. 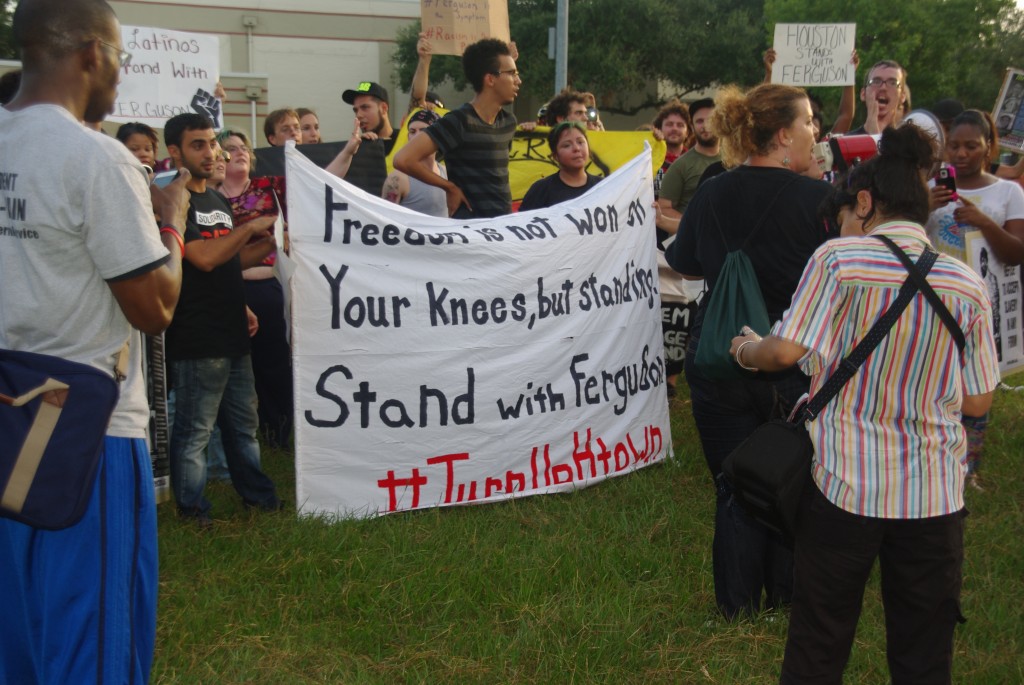 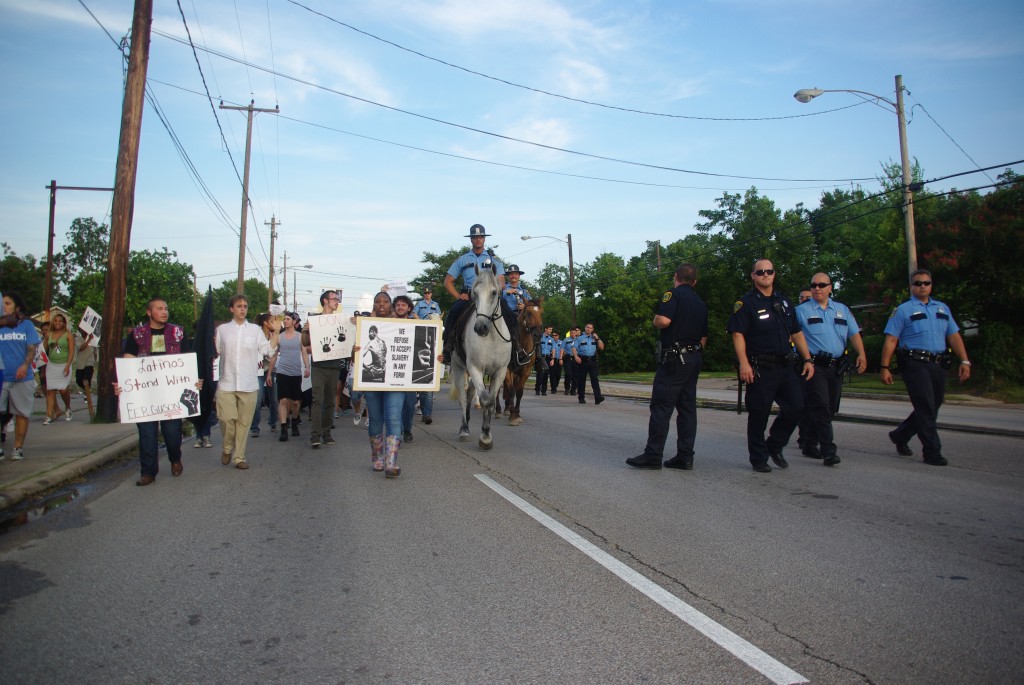 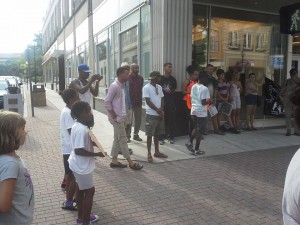 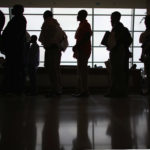 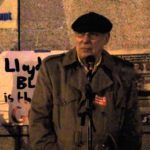 One thought on “Media Roundup: Turnt Up Across the U.S.”