The recent spike in the size and intensity of the street protests surrounding the racist murder of Eric Garner, most notably in New York City and Berkeley, California, is a profound phenomenon. But while the protests and street battles in Ferguson, Missouri had been consistently maintained since early August, it was only after Eric Garner’s murderer was not indicted, only a week after another grand jury failed to indict the police officer who murdered of Mike Brown, did the protests and street battles really take off.

The rolling over of the struggle between these two incidents represents a unique moment, when masses of people both maintain the continuity of the struggle, and reap the benefits of experience and a higher level of consciousness, with new militants and leaders emerging very quickly.

But these moments of continuity also provide a wealth of experience and information to develop our analyses, strategies and tactics. What follows are a series of discussions written by a number of members of Unity & Struggle based on our experiences and conversation with other militants in the streets. We offer them up, in order to further develop our theory and practice, and welcome other contributions to the discussion.

Also, courtesy of Servius of RIFAMS Distro, a printable pamphlet of the discussion 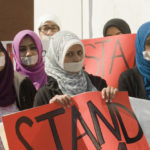 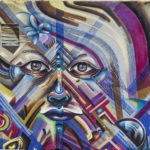 A Past to Legitimate, A Vengeance to Exact: An In-depth Study of Race (Part 1)

4 thoughts on “Discussion: Ferguson and the Unfolding Rebellion in the U.S.”