Like everybody else, Unity and Struggle members have grappled with how to address abuse and patriarchal behavior in our society, and in left organizations including our own. We don’t have easy answers, but we’ve found it helpful to study the nature of abuse under capitalism and different responses to it. Below is the syllabus for an abuse study that some U&S members and friends are currently test-driving in several cities, based on interest. We hope other groups will take up the reading list, adapt it to their needs, and use it to craft responses to abuse in our movement and lives.

UPDATE 6/5/2016: We’ve added a few more discussion questions to this study guide, to reflect some of the themes that came up as we finished reading everything.

Objectives: (1) Gain empirical understanding of the broad range of physical and emotional abuse in intimate partnerships; (2) Explore relationship between objective social relations and individual experience of abuse, consent, trauma; (3) Develop our own definition of abuse;

Robin West, “The Harms of Consensual Sex” (read with chapter 7 of Bancroft book)

Ethan Watters, (2011) Crazy Like Us: The globalization of the American psyche. Chapter 2.

2. Patriarchy as a total social relation

Grant, Judith. (2005) “Gender and Marx’s Radical Humanism in The Economic and Philosophic Manuscripts of 1844” In Rethinking Marxism 17.1.

3. Individual and collective responses to abuse

Susan Schechter (1982) Women and Male Violence: The visions and struggles of the battered women’s movement, Seven Stories. Chapters 2,3,4, and optionally 8.

Accounting for ourselves, Crimethinc.

bell hooks (1993), Sisters of the Yam: Black Women and Self-Recovery.

Leopoldina Fortunati, “Learning to Struggle: My Story between Workerism and Feminism,” 2013.

Lise Vogel. (1981?) “Domestic Labor Revisited,” In Marxism and the Oppression of Women.

Mariarosa Dalla Costa, “The Door to the Garden: Feminism and Operaismo,” 2010.

Murray A Strauss. (1999) “The controversy over domestic violence by women” in Violence in Intimate Relationships. Thousand Oaks: Sage.

Selma James, “Sex, Race and Class,” including postscript, in Sex Race and Class–The Perspective of Winning: A Selection of Writings 1952-2011. 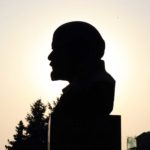 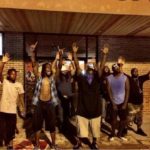 Hands Up Turn Up: Ferguson Jailbreaks out of History 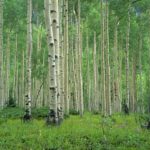