On April 18, 2019, organizers to the left of the nonprofits, unions and politicians came together to discuss Sam Stein’s new book, Capital City: Gentrification and the Real Estate State (2019: Verso Press). This was the culmination of a city-wide study group that took place in five locations across four boroughs.

The audio of this event is linked below. The following people were on the panel:

The introductory comments were lost, so they are reprinted here.

I’m Eve from Unity and Struggle. We would like to open by acknowledging that we are on stolen Lenape land. The Lenape people were violently displaced from the NYC area, almost completely, by the end of the 1800s. The Lenape people are currently living across the US and Canada in places like Oklahoma, Wisconsin and Ontario. Their ancestors, who inhabited the land we are standing on, were not distinguished by borders of nation states but by relationships and common areas of work, kinship, and this was all facilitated by an ability to communicate. We are coming together today in solidarity with these traditions, and as we fight against our own displacement, we acknowledge and pay tribute to the centuries of militants who came before us to fight for for the liberation of the land.

This event is the result of a city wide student group of Sam Steins Capital City. We distributed 45 books to organizers across the city and helped to set up five reading groups in four boroughs. If you weren’t at those groups or didn’t get a chance to read Sams book, we recommend reading it and joining the Facebook group, but you’re still welcome and there is a place for you here today.

We’re going to break this event into two parts. The first will be a round table of organizers, who I will have introduce themselves in a minute, plus Sam. We will discuss some of the tough questions that came up for us in reading the book. Then, we will break into mixed borough groups to discuss further. We will regroup and share out.

Before we introduce the round table, a couple of logistics. Restrooms are downstairs, and we have to be out by 8:30. Many of the groups have brought literature and sign up sheets; they are located on the tables near the exit so please check those out on on your way out.

I also want to take this opportunity to shout out another event coming up next Thursday, in case you want to spend all your Thursdays with us. We’ve helped to organize, along with SPLF, who Corbin will discuss, a Cine Respaldo women and revolution film series in Sunset Park. Each film in the series will welcome a group doing organizing relevant to Sunset Park. The first film, Después del Zapatismo, will feature Movement for Justice in el Barrio. The film looks at the impact of the Zapatista uprising and autonomous community on indigenous women in Chiapas. I’ll pass around some flyers for that.

So let’s start with introductions. My name is Eve, I use she/her/they/them pronouns and I work with unity and struggle. Unity and struggle is a small, antistate communist collective. We believe in a from-below revolutionary process that unites organizing practical activity with theoretical work, like reflection, study, writing, artmaking, story telling, and other forms of theory making. Everyone in Unity and Struggle organizes, locally we are involved in Brooklyn Defense Committee and Take Back the Bronx. As U&S we aim to provide space for organizers to shift away from siloed, activist frameworks and reflect on the big picture of what a revolutionary moment would ask of us, and how to best prepare for a moment like that.

In terms of this event, some of us from U&S were chatting earlier about how significant it is that a pole to the left of nonprofits and politicians is forming in this moment. This event, with an amazing turnout, is coming together separately from, and very differently than, a big rally that happened in Harlem last week, on the same day as an action led by Take Back the Bronx. The Harlem rally pulled together all of the city’s pop star politicians and housing nonprofits, and will funnel working class activity into lobbying for rent control laws in Albany. While many of us are definitely not opposed to reforms like this, one theme that came out across reading groups is that the state will ultimately follow what is demanded locally. For example, one of the most important moments in housing organizing in NYC was the 1970s. There was a series of intense rent strikes and direct action demonstrations, where the people seized property and refused to be kicked out of their homes, and as a result, several housing laws were changed. I don’t think we find ourselves in the exact same moment as then, but the people on this panel, and many of us in the room, represent the spirit of those struggles; a confidence that the people, when organized from below, can make lasting changes that affect them directly. And we don’t need no politicians or paid staffers to tell us how to do it.

So with that, let’s kick this thing off. Organizers, can you state your name, pronouns, which group you’re with / what your work has looked like, and what your goals are for coming together today. 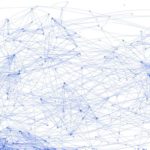 The Intermediate Moment (Part One) 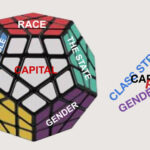 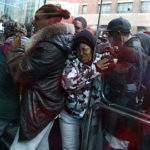